At age 32 I moved back in with my parents. 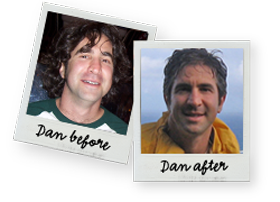 As part of my hurried plan to go to graduate school for nutrition I began a heavy course load of prerequisite science classes at a local community college. The classes stressed me out, but not as much as the move back home. Who wants to live with their parents at 32? I was in a study group of five much-younger students, all of them pre-med majors who were taking liberal doses of Adderall or Ritalin. Their focus was exceptional and I struggled to keep up with them. My mounting tension expressed itself most strongly at night: it was impossible for me to sleep; I would toss and turn, worry and stress.  In the end I became no different then my drug-fueled classmates. I was experimenting as well, taking sleeping pills, herbal remedies (valerian and chamomile), Valium, and Benadryl. The “remedies” left me waking up foggy, missing the refreshing, rejuvenating quality of a good night’s sleep.

I was able to give up all of that experimentation when I found that the most effective sleep remedy for me was food. Now my drug of choice was a tall glass of milk with powdered chocolate and maple syrup, 350-plus calories of organic “heroin” that sent me to bed with soothed tension. I have always had a terrible sweet tooth, and faced with new challenges my cravings soared. When I ran out of chocolate and maple syrup I would became a restless bear. At midnight I would stumble out of my cave and go on a quest to satisfy my cravings. Rummaging through the cupboards I would push aside the raisins and rice, spill over the bag of flour and let the cracker box tumble to the floor as I would gleefully stumble upon some year old chocolate chips, stale cookies, or my grandmother’s diabetic mints.

The initial stress of graduate school, its competitive nature, the weight of the student loan debt I was accruing, and the enormous workload threw another 10 pounds on my frame. A new school, in a new state, and with a limited social network, I medicated myself with food daily. My eight-hour study sessions featured frequent trips to the vending machine, and my evenings were often capped with trips to a nearby Indian restaurant where every meal seemed to be soaked in butter.

By the time I finished my year of graduate school I weighed in at a buttery 170 pounds.

It was not just the weight that was bothersome. My knees often hurt, I felt lethargic, my digestion was erratic, and my confidence plummeted. The irony of my struggles was not lost on me. Here I was at one of the best nutrition programs in the country and in the worst shape of my life. However, salvation was close by.

I received a small grant to do a summer research project. For three months I lived in Managua, the hot, grubby, sprawling capital of Nicaragua. I interviewed doctors, nutritionists, public health officials, traditional healers/herbalists, cooks, restaurant owners, and others about diet and health care. Without exception I found Nicaraguans to be inviting, patient, and friendly. They were not only more than willing to sit for long interviews; I was often invited on extended stays on people’s projects, clinics, and even homes. 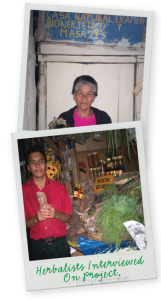 I was on a tight budget, living off of my student loans. My rent in Managua was $80 a month. I shared a modest home with a kind couple that proudly pointed out their new linoleum floor. Most homes had dirt floors, corrugated tin roofs, and small yards enclosed by dilapidated tin walls topped with embedded broken glass to deter thieves. Housewives kept these homes meticulously clean and were often found sweeping the dirt around like one of those Japanese Zen sand gardens.

I saved on meals by eating at the neighborhood fritanga (food stand): a plywood cabana the size of a VW van, with a few plastic chairs for seating. I was fortunate that the owner had a health food focus. A plate of brown rice, beans, and steamed vegetables (or cabbage salad) ran less than a dollar. I ate that dish two to three times a day with slight variations all summer. I also ate soft-boiled eggs most mornings and had fresh fruit several times a day.

The transition was difficult.

I often bitterly reminded myself that if I had been a little more responsible, if I just set aside a thousand dollars, I could have spared myself such an austere diet. There were no herbs or spices, the beans tasted like my sweat-soaked shirt, and the rice was dry and undercooked just enough to yield a tough, chewy flavor. I liked to call it “rice jerky.” The vegetables were a colorless, forgettable lot; steamed, soft baby food. Not just flavorless, this food didn’t do anything for me. There was no pick-me-up from sugar and no relaxing fat buzz. And with my budget there was no escape. Few foreign foods are available in Nicaragua, and those that are imported (packaged foods, frozen, and canned) are twice as expensive as in the States. I was left with a diet of whatever was locally available and in season—less than a dozen or so fruits and vegetables at one time.

My cravings became intense and varied. 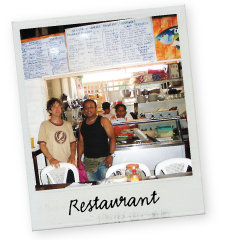 Foods with strong flavors were particularly omnipresent in my mind.  I dreamed of Muenster cheese, rye bread, poppyseed bagels, bacon, smoked salmon, anchovies, Pringles, peanut butter, chocolate, herbal teas, pizza, my mom’s ratatouille, my grandmother’s goulash, cream of tomato soup, my beloved saag paneer, and toast with butter and honey. But, like a washed up sailor in dry dock, I was out of luck—or so I thought. A month into my gastronomic shipwreck, an amazing metamorphosis began.

The first hint of improvement occurred with the beans. My tongue started to pick up subtle nutty, dark, and creamy flavors. At mealtimes there was a growing excitement about beans—and this was truly a first! Then the vinegar-soaked cabbage piqued my interest. The mix of crunchy and sour provided a refreshing perky taste that was like a cold shower for my long hung-over taste buds. Even the bland rice offered a sweetness and lightness that had been obscured. Later I noticed the underlying acidity in tropical fruits and the difference in textures between today’s mango and the ones from yesterday. I began to have conversations with the curbside fruit vendors. “Where is the fruit from today?” I asked. “Is it dulce (sweet), or agrio (sour)?” Finally it was the soft, steamed squashes that surprised me. Their texture reminded me of butter. Maybe it was just that I hadn’t had any butter in months. Had I forgotten the flavor? It hardly mattered why. I was just happy to be enjoying food again. By the time I returned from Nicaragua my ascetic diet had rewarded me with a 20 pound weight loss. My knees no longer hurt and I had significant improvement in my stress and energy levels.  Back at graduate school I was eager to show off my disappearing butter belly so I headed straight to where the beautiful ladies of Bastyr gather: the communal kitchen. Over the first few weeks of school I would sit down every few evenings as the ladies tuned into the consensus favorite, The Food Channel.

Program after program displayed its reverence for and adoration of man-made food creations.

After three months of not only being contented but also healed and reinvigorated by a spartan diet, I was irritated to see such highly refined and toxic foods glorified like celebrities. I never saw a program on any wholesome foods—nothing on split peas, peppers, or potatoes. The cooking shows also seemed ridiculous, with their long lists of ingredients, the kitchen gadgets, and the endless steps and procedures needed to make dishes. Who has an hour to prepare dinner? Who wants to spend fifty dollars on ingredients? These shows are Martha Stewart fantasies.

The glorification of toxic food

The overcomplication of the issue of how to and what to feed yourself didn’t stop at the Food Channel. I saw it everywhere. In Nicaragua it was rare to have conversations about food. Conversations centered on family, philosophy, religion, politics, and jokes—many, many jokes. The dietary choices are so limited in the developing world that discussing it seems insignificant. Back home I noticed every third conversation was about food: what are we going to eat today, where is a good restaurant, or how do you make this or that dish. Such talk now sounded neurotic to me.

I came to two conclusions that first week back at Bastyr. One, being around the ladies wasn’t worth having to sit through the Food Channel. Two, North Americans need to move past the food obsession.