I am seeking speaking opportunities to share my perspective on the global obesity epidemic and ways we can combat it, on both the personal and global level. In my talks I customarily address the cultural, historical, and nutritional aspects of obesity, screen my documentary short, A Faustian Bargain, and hold a question-and-answer-session. I will tailor my talk to your intended audience (from general-awareness conversations to more technical conversations for healthcare practitioners).If you would like to invite me to speak at your event, please contact me at dfenyvesi [at] hotmail [dot] com, or fill out my contact form.

April 6  Bard College – Will be rescheduled due to CV-19

March 19 |  Universidad Mariano Gálvez 7 am | Quetzaltenango, Guatemala – Will be rescheduled due to CV-19

March 19 | Rafael Landivar University 3 pm  | Quetzaltenango, Guatemala – Will be rescheduled due to CV-19

June 5 | The National University of Natural Medicine, Portland, OR 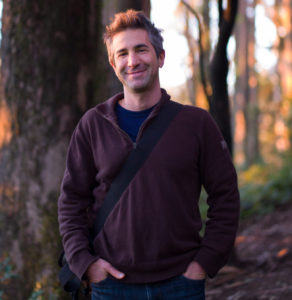